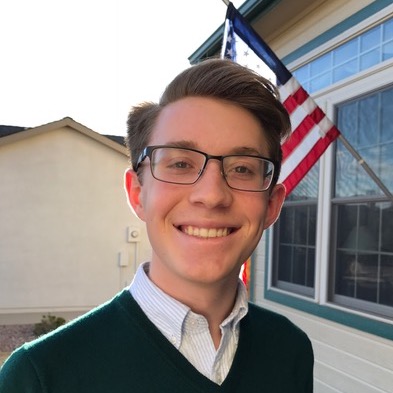 Congratulations to the most recent Pursue Your Passion scholarship winner Jack Meiter. Jack Meiter is a high school sophomore actively involved on the debate team, where he competes in Public Forum Debate and foreign affairs extemporaneous speaking. During the other half of the school year, Jack plays varsity boys tennis. As the son of an active duty Air Force officer, he has had the opportunity to live all over the world which fueled his interest in international diplomacy and made him passionate about becoming the best global citizen he can be. He was nominated to attend the National Student Leadership Conference to represent his peers and school. With the Major Lucas Gruenther Legacy Foundation Pursue Your Passion Scholarship, he will attend the program for International Diplomacy at the conference. For Jack, “Living Like Luc” means being driven to serve others and focusing that energy into a path for his future that will make the world a better place. He would like to express his gratitude to the foundation and recognize its contribution to helping people pursue their passion as a way to remember and honor Major Lucas Gruenther.  Congratulations Jack!