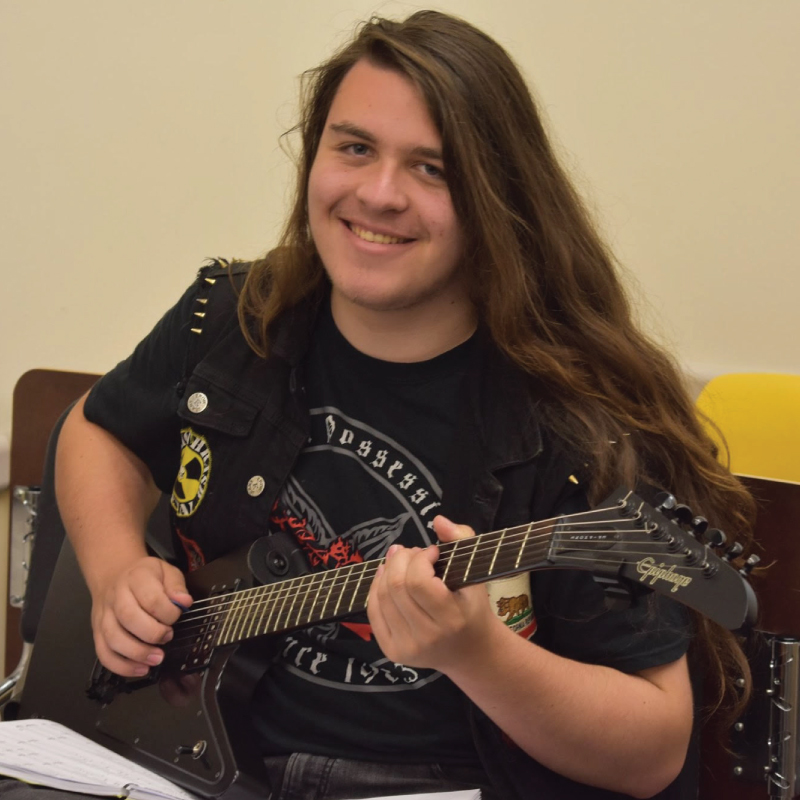 Topey is a senior at Berkeley High School who plays guitar, bass and drums.  He is one of the founders of the band Iron Front and is the lead vocalist and a songwriter for the group. They have had over 20 public performances in the San Francisco Bay Area over the past four years and they have recorded original music at Paxtone Studios in Oakland. Their songs are available on Spotify and iTunes. Over the past three years he has won awards for Best Original Song and Most Improved Youth and was nominated for Best Youth Vocal Performance at the Bay Area’s Bandworks Annual Awards shows. He was recently featured in a 30-minute interview about the band and his music on the San Francisco Chronicle’s culture podcast Total SF.

Topey is honored and grateful to receive the Pursue Your Passion Scholarship from the Major Lucas Gruenther Legacy Foundation and he will use it towards a degree in popular and commercial music.